How to learn IT talk when there isn’t a course to help you.

Have you ever had a chat with an IT consultant and halfway through you’ve realised you have no idea what they’re talking about. At the end of your chat (which was less conversation and more ‘being talked at’), you’ve realised that you’re probably worse off than when you started because, while you were pretty sure they were speaking English, it was a dialect you’d never heard of and certainly didn’t understand. 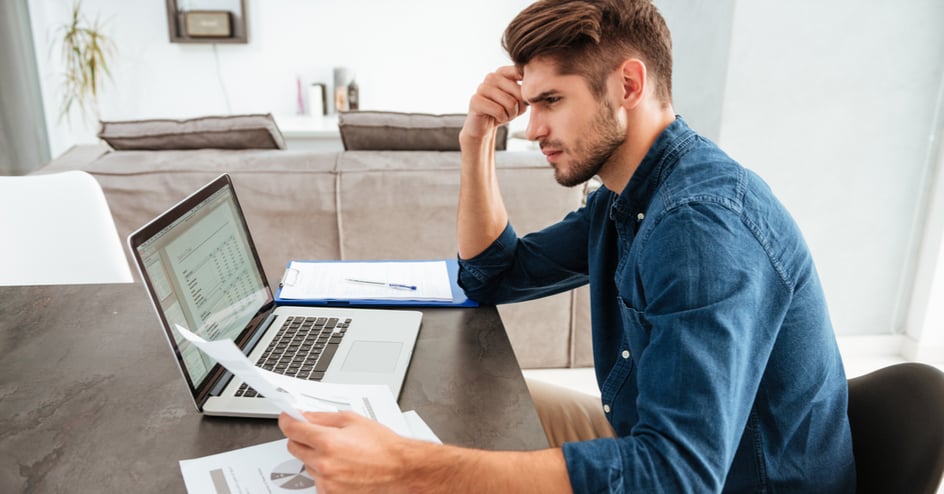 Dealing with IT professionals can be daunting because sometimes it’s hard to understand what they’re talking about. The IT vocabulary is typically filled with a lot of jargon and acronyms, which all mean something important but only if you’re in the know.

How, then, can the average person understand IT lingo, and how can an IT professional make what they’re saying easier to understand?

If the scenario at the top of this blog was you in a nutshell, you’re not alone. IT can seem complicated and daunting if you’re not in the know, so here are a couple of ways to stay on top of what’s going on.

First things first, if you don’t understand what your IT team is talking about, don’t be afraid to ask them to explain what they mean. If the conversation is business-critical (for example, it relates to the security of your internet connections), it’s essential that you understand what’s happening, what those implications are, and what needs to happen to rectify the situation.

If you show interest in wanting to better-understand IT jargon, ask your IT team or external IT provider if they can give you a crash-course about IT acronyms and their real-world definitions. If you reach out for education because you’re genuinely interested in what’s going on, your IT team will be more likely to go out of their way to help you understand.

How to Make IT Lingo Easier for Laymen to Understand

It’s easy for IT professionals to forget that their industry is very specialised. Just like they wouldn’t be expected to understand myriad medical terms if they didn’t have a degree in medicine, they shouldn’t assume that everyone will understand what they’re talking about.

The number one way to help improve comprehension is to drop the jargon. The less technical your language, the more likely people will understand what you’re talking about. If you use IT acronyms, explain what they are: not just what the letters stand for but what it actually means in real life (eg. WAN might literally mean ‘wide area network’ but in reality it means ‘the internet’).

One reason why people can find IT daunting is the belief that it involves lots of complicated concepts. Sometimes that’s true. But in order to make sure everyone understands what you’re talking about, you need to ‘dumb-down’ the complication a bit.

The simpler your language, the easier it’ll be to understand and the more approachable you’ll become. Clue-up on what the most common technical terms are, then translate that ‘tech talk’ into laymen’s terms. It’s all about breaking down tricky concepts so that people who don’t know anything about IT feel like they know what’s going on, which is especially important if they’re business owners, managers or in the C-suite (CEOs, CFOs, COOs, etc) who need to know what’s going on across the business.

The IT industry is overflowing with acronyms but because they’re used so frequently, sometimes even IT professionals struggle to explain what they actually mean.

The other issue with some acronyms is that, even if you explain what each letter means, they still mean nothing to the average person. Here’s a handy IT glossary filled with the basics to help point you in the right direction.

Keen to see how your security management stacks up? Tech Help Direct carries out free audits to analyse how your business manages its virtual security and where it could improve. Contact the professional team today to get started.

Device management and security: It all comes down to preparation.

The great (and obvious) thing about a password is that it protects your stuff. The not-so-great...

Virus vs. Malware: What’s the difference?

When technology works, it’s amazing. But if your devices get invaded by viruses or malware, you...